The last STARSHIP EXETER Fan Film was financed by hundreds of small donations. Donors were promised DVD copies of the documentary film, STARSHIP EXETER: Behind The Scenes, by Joel Sarchet. Proceeds from this auction will produce and distribute those DVDs to the donors. (Apologies for the long wait!)

Displayed are costumes, props, models, wigs, fabrics, set dressing, and sundry other items featured in the STARSHIP EXETER Fan Films. These appear in the online episodes The Savage Empire and The Tressaurian Intersection. In addition to on-screen items, some production materials and documents are included such as prototype costumes, design files, costume patterns, and fabrics. Included is a signed note from Eugene Roddenberry that accompanied official Trek costume patterns donated to the production. Additional detail is provided in the text accompanying each photograph.

All items listed are offered as a single lot. Purchase through eBay at the following link:.
http://ebay.us/ljFWrZ?cmpnId=5338273189

Questions may be emailed to Jimm Johnson: austinjimm@mail.com 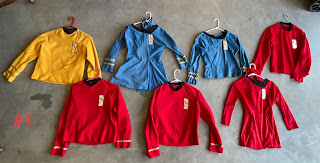 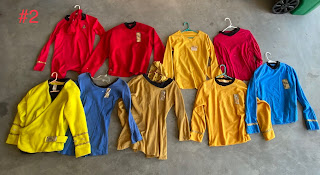 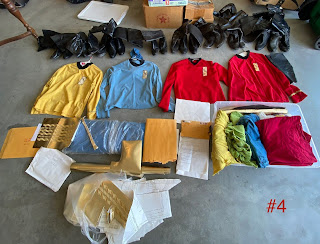 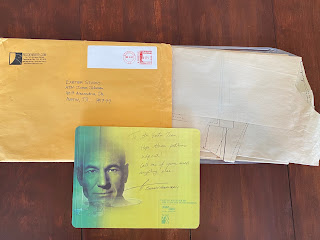 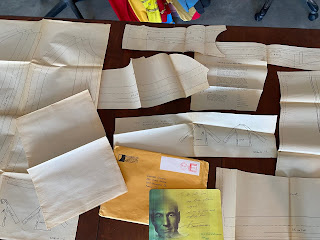 PICTURED:
As above, with pattern pieces displayed. 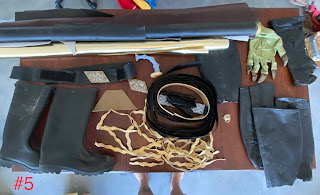 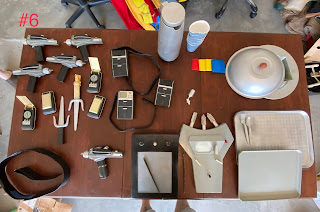 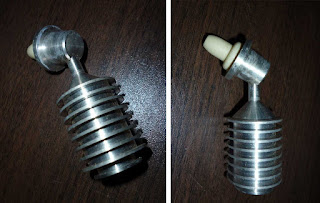 PICTURED:
Close up of custom metal B'fuselek earpiece (see #6 above) from Tress. Int. 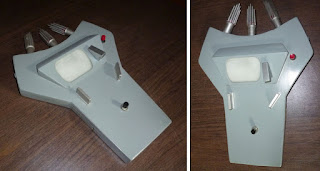 PICTURED:
Close up of custom Trident Ray Generator (see #6 above) from Tress. Int. 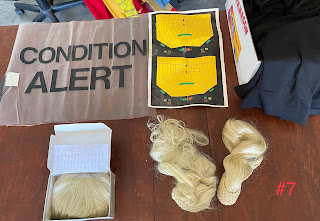 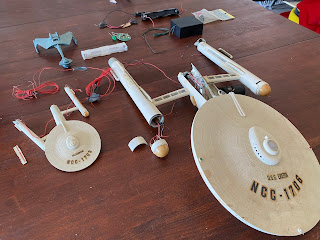 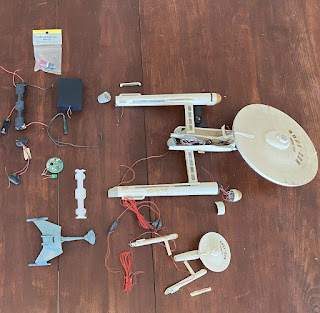 PICTURED:
Model ships from Savage Empire, as detailed above. 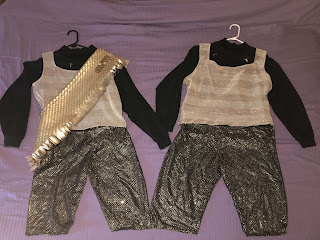 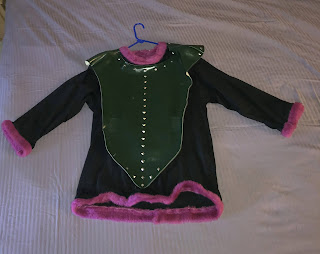